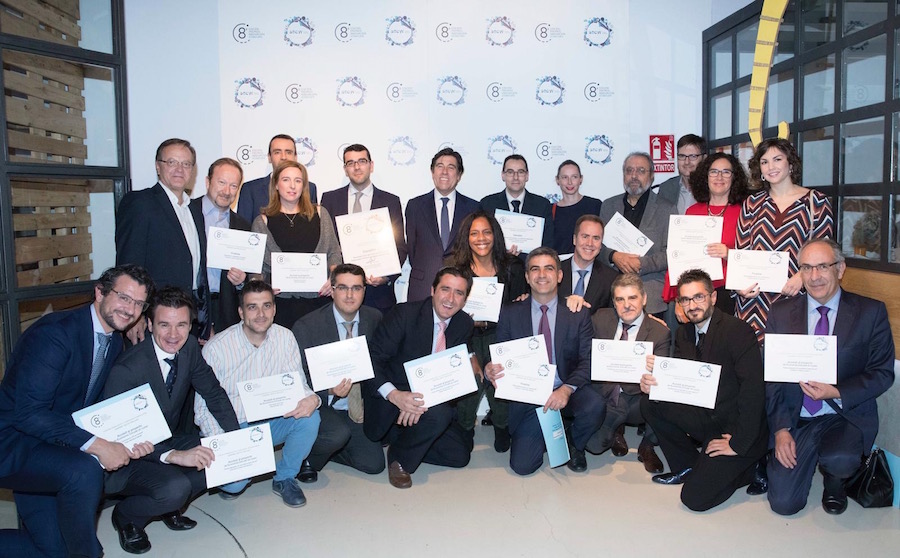 The project “Recirculation of tires out of use”, awarded at the Sacyr Innovation Awards

Yesterday, December 13, the 8th Sacyr Innovation Awards were held in Madrid with the presence of the President of Sacyr, Manuel Manrique and the Minister of Science and Innovation, Pedro Duque.

The project “Recirculation of end-of-life tires” was awarded as a finalist for the group’s internal ideas. This project is an evident demonstration that the circular economy is possible thanks to the joint effort of different sectors.

The reasons for the success of the RARx in terms of the use of rubber dust on the roads, is not only its technical and economic efficiency, already demonstrated, but the main reason has been the joint effort made by a team from different companies such as been, Miguel Ángel Sanz Coll and Mariola Terciado from VALORIZA SERVICIOS MEDIOAMBIENTALES, Fernando Guijarro from COMPOSAN INDUSTRIAL, José Ramón Marcobal from SACYR CONSTRUCCIÓN and Miguel Ángel Moreno and Pablo Mochón from SACYR CONCESIONES, in addition to all their teams and CIRTEC staff.

In this way, the award received yesterday is not only a tribute to a great idea, but to teamwork 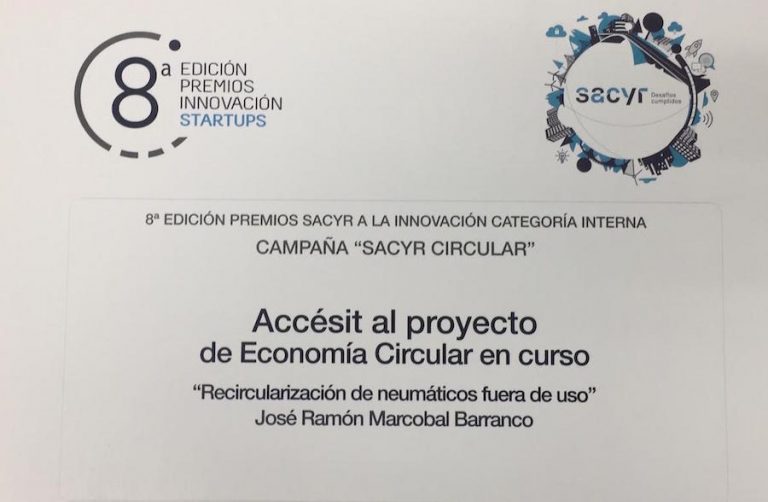 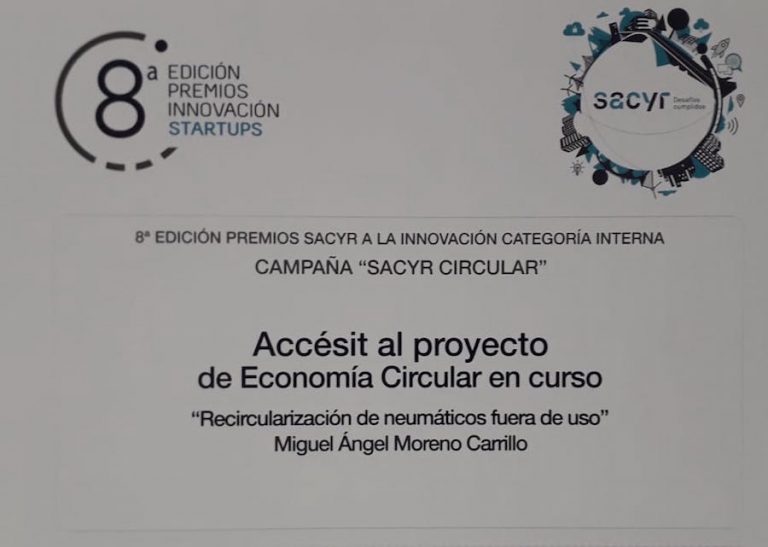 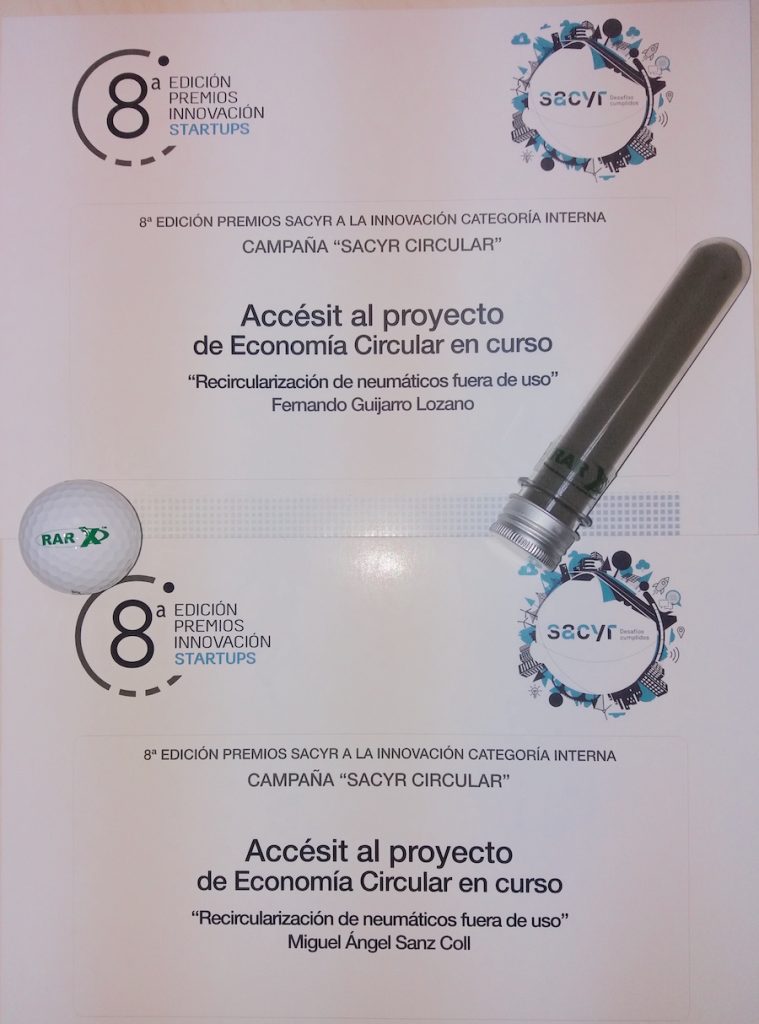