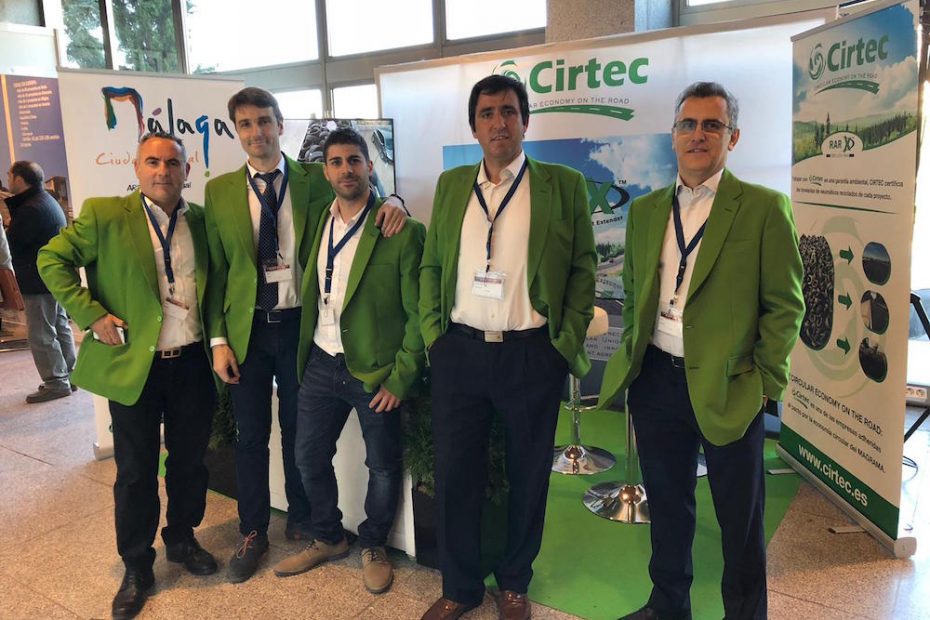 The Cirtec Team at the stand of the National Pavement Symposium

CIRTEC has been one of the main protagonists in the NATIONAL PAVEMENT SYMPOSIUM, held at the Polytechnic School of Roads in Madrid, between October 16 and 18, 2018

The theme of the Symposium has been En route to a Circular Economy, a philosophy that coincides directly with the purpose of CIRTEC.

CIRTEC has participated as a sponsor together with Repsol, showing its firm commitment as a company, and demonstrating to the sector that RARx is already a reality.

The RARx project has been developed in part thanks to European aid under the “Silent Rubber Pave” project in which SACYR, VALORIZA ENVIRONMENT, COMPOSAN INDUSTRIAL Y TECNOLOGÍA, CONSULPAV AND FHL GROUP participate. CIRTEC has exhibited this project within its stand.

On Wednesday, October 17, Luis Alfonso de León, Technical Director of Cirtec, presented the RARx additive in one of the presentations in the block of Innovative solutions in materials and processes, proving to be the most innovative product presented at the Congress.

That same day, in the programmed Workshops, a debate was held between Juan Gallego of the UPM (Polytechnic University of Madrid), Ángel Sampedro of the UAX (Alfonso X el Sabio University of Madrid), Miguel Ángel Morcillo of CIDAUT (Foundation for Research and Development in Transport and Energy), Javier Carvajal from the Fuenlabrada City Council and Jose Ramón Marcobal from SACYR, moderated by Miguel Ángel Sanz, Manager of Cirtec, in which the advantages of RARx were exposed.

With this, SACYR has demonstrated its commitment to technological development and innovation. 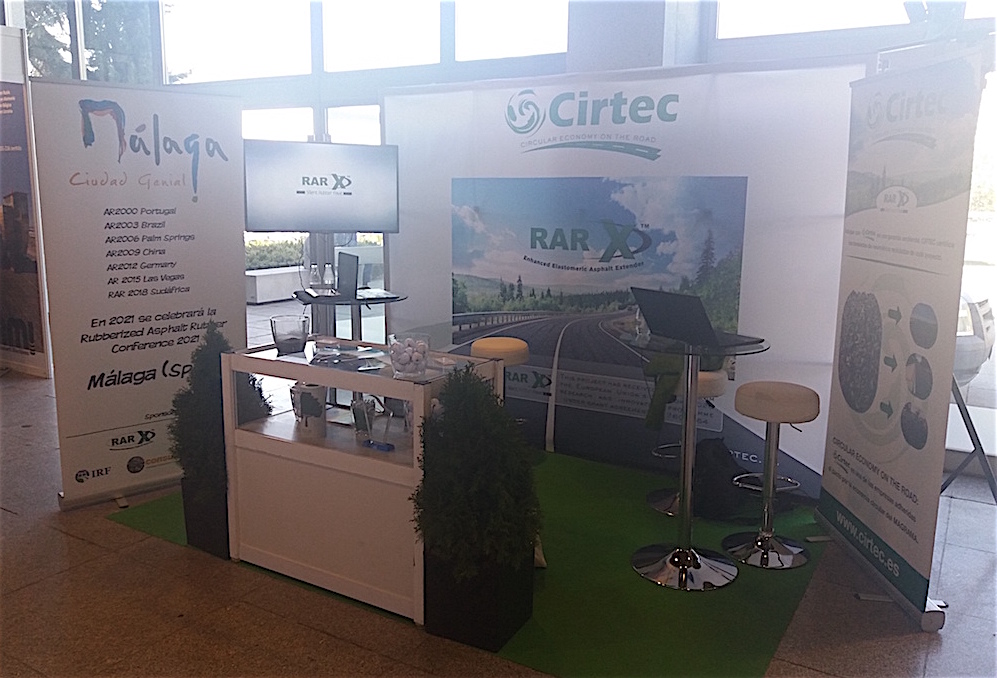