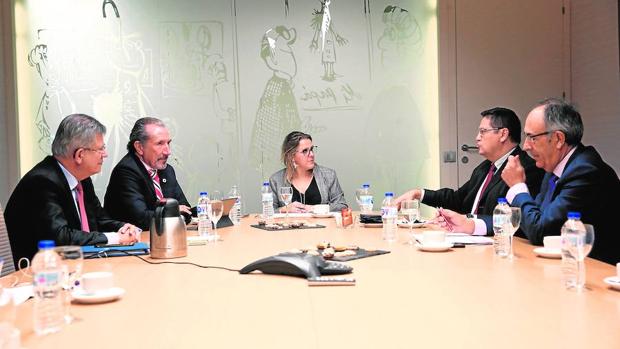 Fernando Guijarro, Technical Director of CIRTEC, has participated in the Informative Forum of the ABC Newspaper «Circular Economy on Roads«, along with Juan José Potti, President of the Spanish Association of Asphalt Mix Manufacturers (ASEFMA), Gabriel Leal, General Director of SIGNUS, and Julio José Vaquero, Head of the Firm and Pavement Auscultation Service of the General Directorate of Highways of the Ministry of Public Works, held last Wednesday December 5 at the newspaper’s facilities in Madrid.

Juan José Potti underlined the Spanish leadership in terms of improved bituminous mixtures with rubber dust from tires that are no longer in use: “In the United States they have an important habit of using bituminous mixtures with tire dust, but the level of development of which we enjoy in Spain, in terms of different techniques, since rubber can be incorporated in various ways and in different percentages, it is much superior ”.

Along these lines, Fernando Guijarro, Technical Director of CIRTEC, pointed out “the circumstance arises that, in 2007, Spain was immersed in a serious crisis that practically paralyzed the infrastructures, preventing the exit of asphalt mixtures in general [ …] Now we are in a new stage, with much higher quality solutions, and demand is beginning to recover ”.